We’re psyched to see that one of one of our favorite groups in NYC Innov Gnawa is combining forces with the great Vieux Farka Tourre this Thursday at BRIC.

Last September, we got sit down and hang with Vieux Farka Toure, talk to him and record a little acoustic music…AND record his entire live set at Le Poisson Rouge in Manhattan with his moking band!  Many thanks to World Music Institute and Le Poisson Rouge for making that happen. 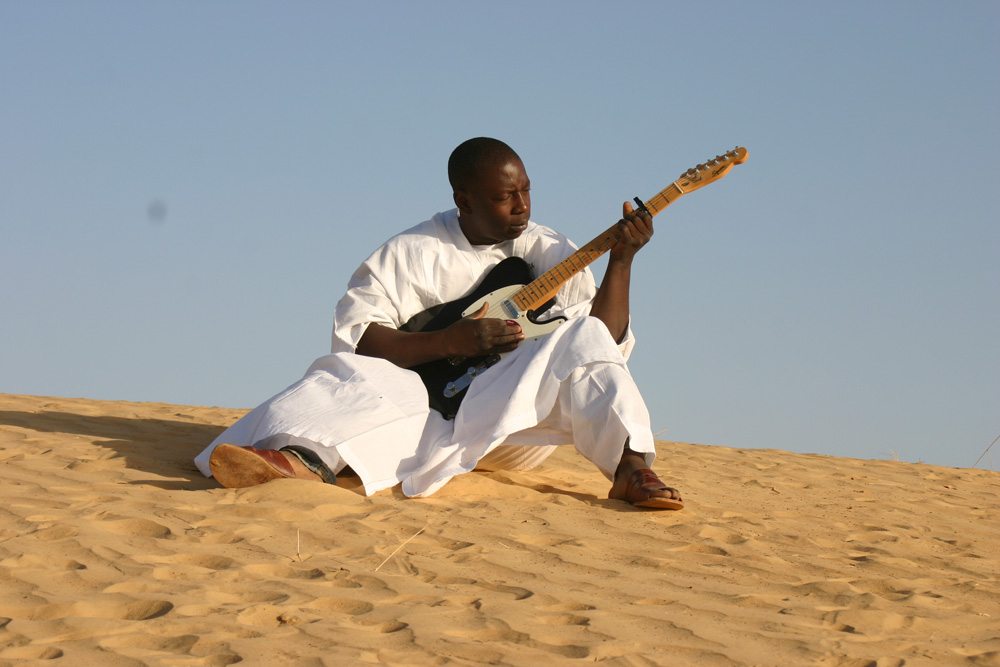 Often referred to as “The Hendrix of the Sahara”, Vieux Farka Touré was born in Niafunké, Mali in 1981. He is the son of legendary Malian guitar player Ali Farka Touré, who died in 2006. Ali Farka Touré came from a historical tribe of soldiers, and defied his parents in becoming a musician. When Vieux was in his teens, he declared that he also wanted to be a musician. His father dissaproved due to the pressures he had experienced being a musician. Rather, he wanted Vieux to become a soldier. But with help from family friend the kora maestro Toumani Diabaté, Vieux eventually convinced his father to give him his blessing to become a musician shortly before Ali passed.

Vieux was initially a drummer / calabash player at Mali’s Institut National des Arts, but secretly began playing guitar in 2001. Ali Farka Touré was weakened with cancer when Vieux announced that he was going to record an album. Ali recorded a couple of tracks with him, and these recordings, which can be heard on Vieux’s debut CD, were amongst his final ones. It has been said that the senior Touré played rough mixes of these songs when people visited him in his final days, at peace with, and proud of, his son’s talent as a musician. He know tours internationally with many acclaimed records to his name.