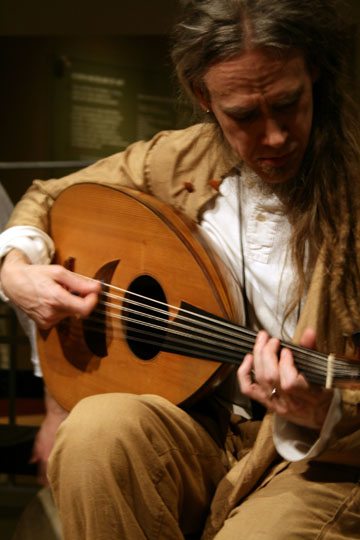 He  says:”…My inspiration is drawn from my evolving realizations of love and life; listening to an inner convergence, the rhythms of life, nature/city sounds, my experiences as a human being and artist and listening to music from all parts of the world. The deeper I listen, the more I hear unity/universals in how sound is used and celebrated, as well as differences. The World is chock-full of beautiful and multi-colored infinitudes of expression through sound. Music embraces within it the means to overcome and transcend religious, political and social boundaries as a powerful transformative vehicle. Its also simply just alot of fun. My playing is an expression of my past experiences re-coded into a vision through the present co-emergent moment towards beneficial future possibilities; its an expression of celebration.

Shane Shanahan has cultivated his own unique and highly sought after sound by combining his studies of drumming traditions from around the world with his background in jazz, rock and Western art music.   His interest in other cultures has lead to extended visits to Turkey, India, and Tajikistan, among others.  Shane’s rare set of diverse skills is what attracted Yo-Yo Ma when he was forming the Silk Road Ensemble.  In the summer of 2000, Shane was invited to Tanglewood where he played an important role in the formation of the group.  Ever since, he has been touring around the globe performing side-by-side with Mr. Ma as an original member of the award-winning Silk Road Ensemble.  Shane’s playing can be heard on all three of the ensemble’s top-selling recordings for the SonyBMG label and the two most recent albums feature his arranging skills, as well.  These arrangements have brought ecstatic audience to their feet in the top concert halls of North America, Europe and Asia. Shane can also be seen and heard on Mr. Ma’s Grammy Award winning holiday CD/DVD release “Songs of Joy.”

Qasimov, Kayhan Kalhor, Howard Levy and Steve Gorn, among others.