Suphala performed a tabla solo accompianied by Andrew Shantz on Harmonium from 2-3pm on the 24 hour  Ragas Live Festival on WKCR. 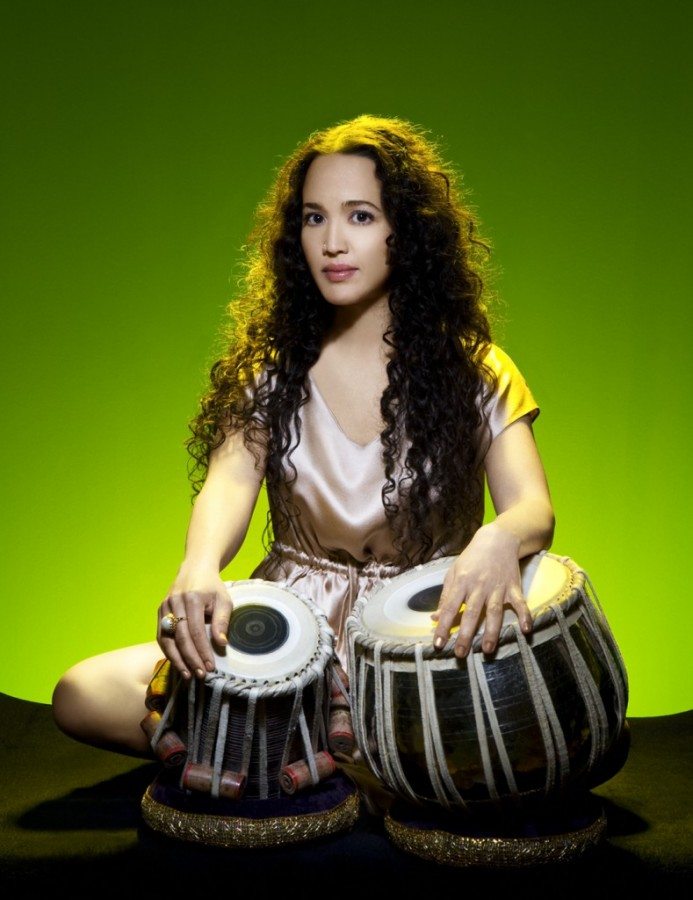 Suphala is one of the most versatile young tabla artists making music today. Raised in the U.S. by Indian parents, Suphala began learning western classical music on the piano at age four, performing at age five, and as a teenager transferred her passion to one of the world’s most complex percussion instruments: the tabla. She combines an unparalleled technical command of her instrument with a playful sense of experimentation as she switches effortlessly between composing, producing and performing.

Suphala is a protégé of the great tabla masters Ustad Allarakha and Ustad Zakir Hussain, whose constant inspiration compels her not only to dedicate herself to the study of Indian classical music but also to extend the reach of the tabla into an ever-growing variety of musical genres and cultural contexts. Her fluency in a diversity of musical traditions informs her unique compositions and her highly improvisational performances. The three albums she has released to date – Instru Mental (2000), The Now (2005) and Blueprint (2007) – go beyond the limits of genre and style while referencing such diverse influences as Western classical, Indian classical, jazz, folk and soul. But it’s not just her original music that is groundbreaking, her concerts provide an inspiring case-study in cultural diplomacy: she made history in early 2005 when she traveled to Kabul, Afghanistan as the first musician to play in public since the fall of the Taliban. According to The New York Times, “Kabul’s badly depleted music scene received a welcome injection of excitement last week. [Her] arrival… caused a sensation in the war-torn country. ‘I have not played with a woman before,’ one Afghan tabla master said. ‘Our grandfathers do not even know of it.’”

Collaboration is one of the touchstones of her prodigious musical output: the musicians she has recorded or performed with include Norah Jones, Perry Farrell, Edie Brickell, Vernon Reid, Timbaland, Sean Lennon, 4Hero, Harper Simon, Yoko Ono, Vijay Iyer, Joan Osbourne, and Michael Bland among others. Many of these artists have sought Suphala out to lend her talents to tours, her songwriting skills to specific tracks or her producing prowess to recordings. The artistic alliances Suphala forms — including ensembles with vocals, strings, woodwinds, reeds and percussion — are an integral part of her innovative approach to making music.