12-1 am from our Ragas Live Festival. 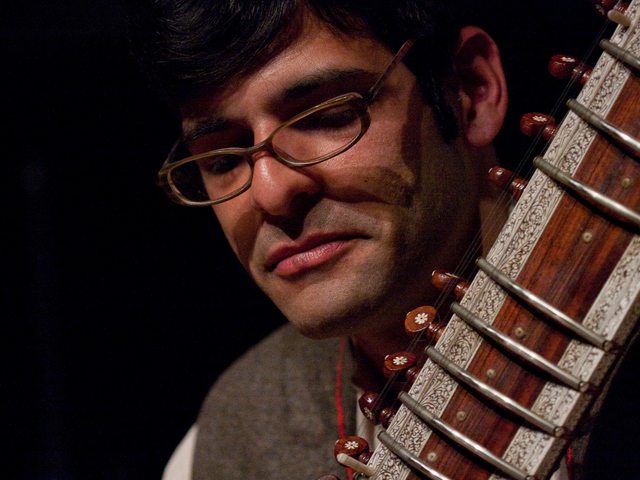 Neel Murgai is a multi-instrumental performer, composer and teacher from New York City. He is a graduate of Goddard College’s MFA in Interdisciplinary Arts program. His life long journey into the depth and beauty of sitar and Indian classical music began with Ravindra Goswami in Banaras, 16 years ago. For the past 10 years Neel has studied with his guru and mentor, Pundit Krishna Bhatt. His interest in music began at a young age with trombone and guitar. While obtaining a degree in Civil Engineering, Neel worked as a radio DJ, hosting an international music program. This fostered in him an abiding interest in music from around the world. He went on to live in India, immersing himself in the music and culture of his parent’s homeland. Upon returning to the U.S. Neel began a career in music. In addition to sitar, he has since learned to play daf (Persian frame drum) with Soheil Zolfonun and kanjira with V. Nagarajan in Chennai. He has studied overtone singing with the Buriyat performance group Uragsha and Harmonic Choir member, Timothy Hill. Western composition, Neel studied with Edgar Grana.

While dedicated to Indian classical music, Neel is also interested in creating an original music that is rooted in his many influences and studies. The Neel Murgai Ensemble is a product of many years of thought about the ideal instrumentation to advance his compositions.