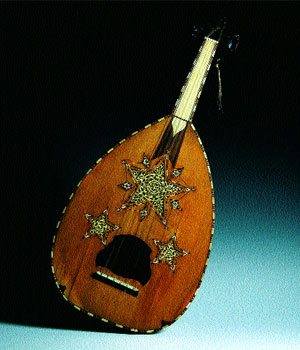 This special show features an Oud Virtuoso from Tehran, Negar Bouban, and an Oud Virtuoso based in New York, Brandon Terzic. They met and played together for the first time live on the air for this show.  Brandon also brought his amazing band, Xalam Project.      Xalam’s line-up that evening was Luke Notary and Matt Kilmer on Percussion, Matt Darriau on winds and sax, Ethan Mees on Bass and Brandon on the Oud.

This podcast features live performances and interview with Kojiro Umezaki, who plays the Japanese Zen instrument, the shakuhachi, a bamboo flute.  While Kojiro performs the instrument traditionally, he is also experimenting with some new directions in music. Kojiro designs computer programs so that during performances the programs will generate sounds that react to his flute playing in the moment.  We’ll hear live performances with and without this technology and learn a lot about the history of this amazing instrument.

Kojiro Umezaki performs regularly with the Grammy-nominated Silk Road Ensemble and has recorded on the Sony BMG, World Village, and Smithsonian Folkways labels.

Live Performance from the Source featuring Abdoulaye Diabate, plus a demonstration of the fula flute and interview with the founder of the Source, Sylvain Leroux.

This episode features a demonstration of one of the signature techniques of the Fula Flute by Sylvain Leroux and a live performance recorded at the Zinc Bar by Erik Gunderson and originally aired on WKCR when Sylvain was my guest.

The lineup on the recording is

You can catch the Source the first Friday of the month and the Zinc Bar on 3rd street between Sullivan and Thomson in the West Village.   Sylvain also has an exciting show coming up for the River to River festival on June 25 with his Fula Flute Ensemble.