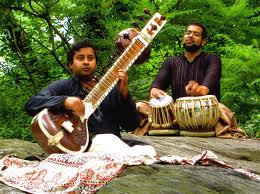 This podcast is a beautiful live performance by Srinivas Reddy and Sameer Gupta when they came to the studio to celebrate the release of their album Hemant and Jog in December of ’08.

Sameer, who is great tabla player and jazz drummer, has recently released an amazing album on Motema called Namaskar. The lineup includes jazz musicians like pianist Mark Cary, who co-produced the album, and maestros of Indian Raga such as Pt. Anindo Chatterjee and Pt. Ramesh Mishra.

Srini has been busy since then as well. He just published a book called The Giver of the Worn Garland: Krishnadevaraya’s Amuktamalyada The work is a literary translation of a famous Telugu epic that poetically describes the devotional love of the ninth century South Indian mystic Antal.

These are some heavy cats! 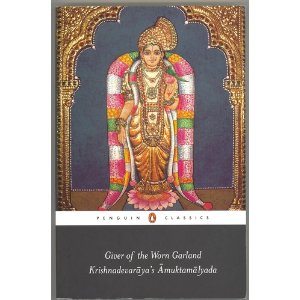