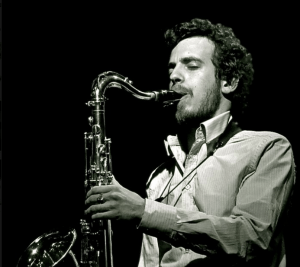 Saxophonist Oded Tzur is rapidly gaining international acclaim for his
groundbreaking musical work. He is considered by many to be the ﬁrst
saxophonist in the world to have developed a complete method for performing
North Indian Classical Music on the saxophone, single-handedly creating a
revolutionary approach to the instrument. Odedʼs innovative technique, known
as “Ampis” (A Middle Path In Saxophone), had already been presented in
prestigious institutions such as the 2011 British Saxophone Congress, Trinity
College of Music, London, The Copenhagen Rhythmic Music Conservatory, The
Royal Academy of Music in Aarhus, and The Rotterdam Jazz Academy.
“If a curtain were to be drawn in front of him, no one could tell which instrument was
being played” –
Pandit Hariprasad Chaurasia 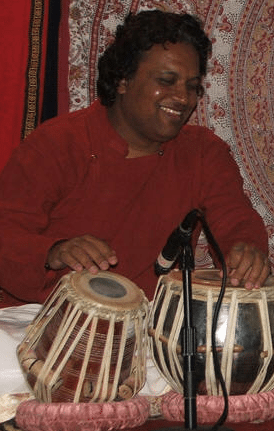 Naren Budhakar was born in Pune, India, and was first exposed to classical music by his father who was a violinist. From his cousin Shashikant Purandare he learned Delhi style percussion and began performing at a young age. He was initiated as a disciple by Tabla Maestro Ustad Shabbir Nisar. Naren has been performing and teaching both in the U.S. and abroad, lending his percussion skills to various forms of world music. He is on the faculty of the East-West School of Music, where he teaches monthly Tabla classes and performs regularly.