Kane Mathis and Brandon Terzic performed live sets of incredible beauty of the NYC radio airwaves.  First Kane Mathis played solo  (on the 21-string Mandinka Harp) and then he was joined by Brandon on the Oud and later the Ngoni. 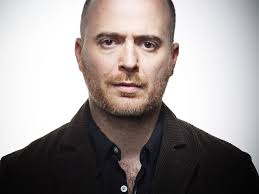 Kane began taking trips to The Gambia, West Africa in 1997 and has continued rigorous study of the Mandinka Kora. Over the past ten years his performances have earned him recognition by the Gambian president, The Gambian minister of culture, and both national television and radio of The Gambia.

Kane’s primary kora teachers are Malamini Jobarteh of Brikama, The Gambia and Moriba Kouyate of The Gambia. The Jobarteh family remain one of The Gambia’s most important musical legacies. Tata Din din Jobarteh, Pa Bobo Jobarteh, and Siffai Jobarteh are the families current most visible exponents touring the world.

Both Kane and Brandon also perform on the Oud.