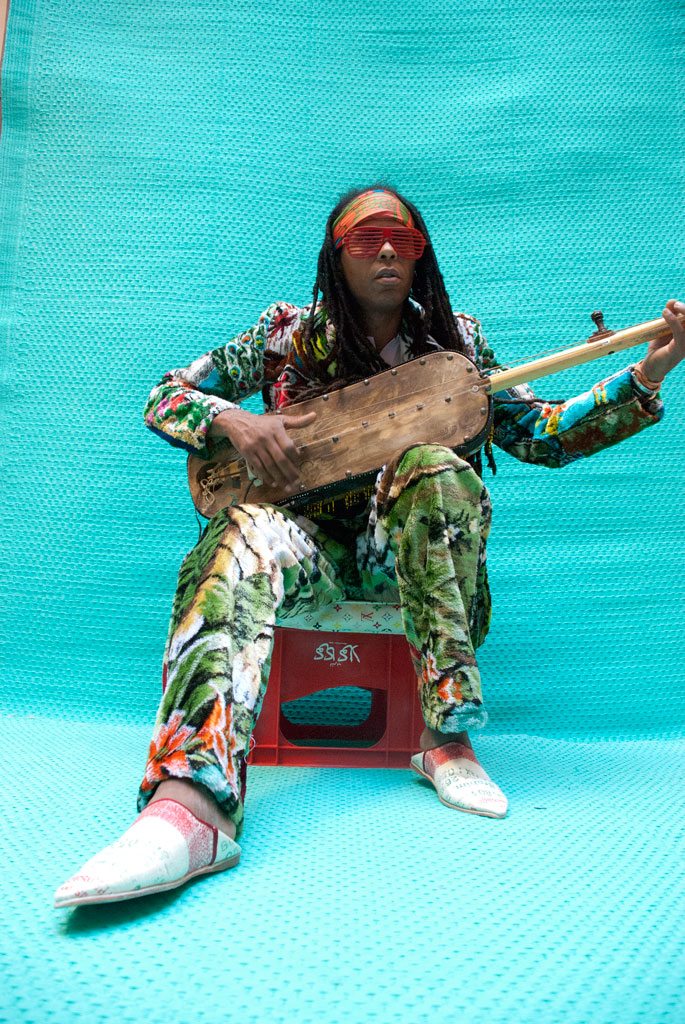 A real thrill: One of the most legendary musicians of Morocco, Hassan Hakmoun stopped by WKCR to give a sneak peak of his new album, Spirit, and performed live with Said Damir.

As a master musician  whose vision and contributions have enabled a unique fusion and blending of traditions, cultures and genres in a world of ever-expanding global communication and exchange,  his work maintains its profound and enormous capacity to joyously inspire and heal the individuals and communities it reaches, as Hakmoun undoubtedly remains  a commanding and intriguing artist in the world music scene.

Hakmoun’’s musical origins are rooted in the African folk music of the Islamic Gnawa sect, descendants from West African slaves brought to North Africa several hundred years ago.  Their music combines complicated West African syncopations with long, sinuous North African melodies. Tracing their roots back to the Bilal, a freed slave known for his beautiful voice and believed to have been chosen by the Islamic prophet Mohammed to serve as the first muezzin to call the people of the faith to their prayers, Gnawa musicians often express their religious devotion through their music, using it to enter into spiritual trance states.

Since moving to the US in 1987 his music has absorbed elements from a variety of popular styles, from jazz and “world music” to neo-classical contemporary Western music and cerebral pop, resulting in a diverse, award-winning and critically acclaimed body of work.

It’s been 26 years since the talented vocalist and sintir player released Gift of the Gnawa. yet the time has been spent well. Hakmoun’s latest album, ‘Unity’ is the finest example of ritual music combined with the heart of American rock, soul and blues ever recorded.