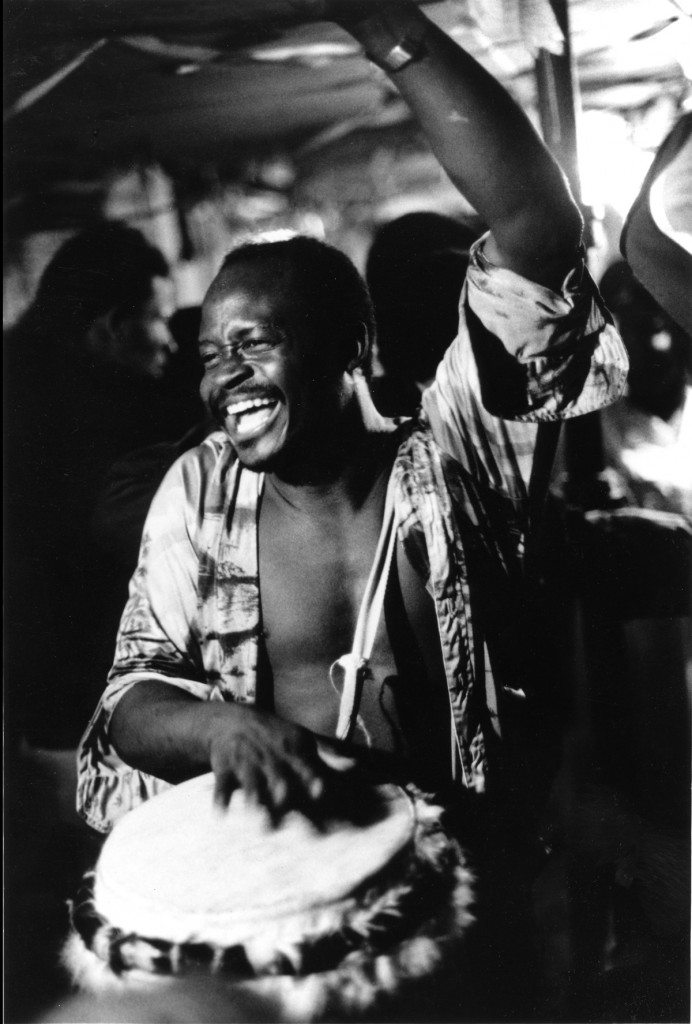 This episode came from a WKCR broadcast a year after the passing of  the master drummer Frisner Augustin whoose Troupe Makandal has brought Vodou ceremonial drumming to the world.

This is from his obituary in the New York Times:

Mr. Augustin had an encyclopedic knowledge of the rhythms of vodou (the word is the Haitian Creole spelling of voodoo), in which more than 100 spirits are represented and summoned, each by a distinctive rhythm…

La Troupe Makandal has performed for both Haitian and world-music audiences. When it brought abridged vodou ceremonies to public stages, the rhythms were so traditional and intense that unplanned spiritual possessions sometimes took place in secular spaces. The troupe also performs choreographed programs devoted to Haitian history and culture. It has made four albums of traditional Afro-Haitian music: “A Trip to Vodou,” “Èzili,” “The Drums of Vodou” and “Prepare.”