I’ve never heard a radio show go off the rails like this one! Counterculture hero, ethnobotanist and “psychonaut” Dennis McKenna, in a freewheeling conversation with ethnomusicologist Alexandre Tannous and comedian Greg Barris.  This was broadcast in NYC on the radio in 2013, when McKenna had just published  his memoir The Brotherhood of the Screaming Abyss about his wild  experiences with his legendary brother Terence McKenna, who has been called the Timothy Leary of the 90’s.”  The conversation hovers around  the spaces where comedy, sound and ethnobotany meet the legacy of Terrance.

Dennis  McKenna  is an American ethnopharmacologist, research pharmacognosist, lecturer and author. He is the brother of well-known psychedelics proponent Terence McKenna and is a founding board member and the director of ethnopharmacology at the Heffter Research Institute, a non-profit organization concerned with the investigation of the potential therapeutic uses of psychedelic medicines. 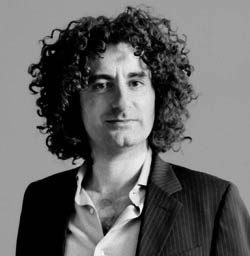 Alexandre Tannous has been active as a musician, educator, composer, and as an ethnomusicologist.  For the past eight years he has been researching the therapeutic and esoteric properties of sound from three different perspectives – Western scientific, Eastern philosophical, and shamanic societal beliefs.  He one of the leaders of investigating the sound mediation experience.