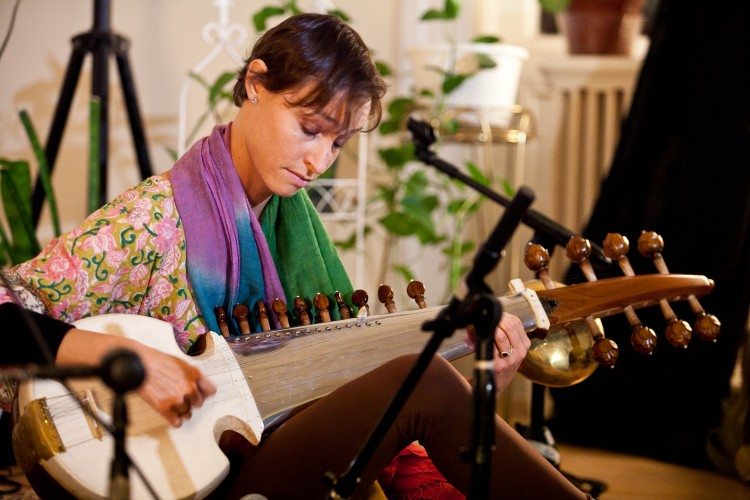 A musician her whole life, Camila Celin began playing guitar at age 9.   For the last 5 years she has been intensely studying the Indian Sarod.  In Kolkata she learns from sarod player Sougata Roy Choudhury, and in New York she learns from sitar maestro Pandit Krishna Bhatt.   In 2009 she was nominated for a Grammy for best world music album in a collaboration with slide guitar maestro Debashish Bhattacharya and has been a very active performer in her native Colombia, the US and in India.   She has composed music for several films, theater, as well as commercials and currently lives between New York and Kolkata, India. 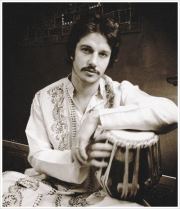 Ehren Hanson has been playing tabla for over 17 years.   A disciple of the great Pandit Anindo Chatterjee, he is an active performer as both a soloist and an accompanist.  His recent review in the “Times of India,” Kolkata called his solo performace “enthralling.”

Together, the couple have founded the Anindo Chatterjee School of Tabla in New York, where they host some of the greatest maestros of our time, hosting classes, workshops, and concerts.   Their performance is celebrated for its intimacy with the deep and fated connection between them felt in every beat.