These two performances from members of the Brooklyn Raga Massive All Star Party Band  started off the 6 hour Pan-Global Flute Solstice Celebration broadcast on the radio throughout New York City on 12/21/2014.  In this podcast not only was the bansuri featured, as  played by Eric Fraser, in the last set Kevin Nathaniel puts down the mbira and plays a Mbuti style African reed flute.   They were joined by Michael Gam on bass and Neel Murgai on Sitar and frame drums.

The Brooklyn Raga Massive All Star Party Band will perform in its full line-up this New Year’s Eve! 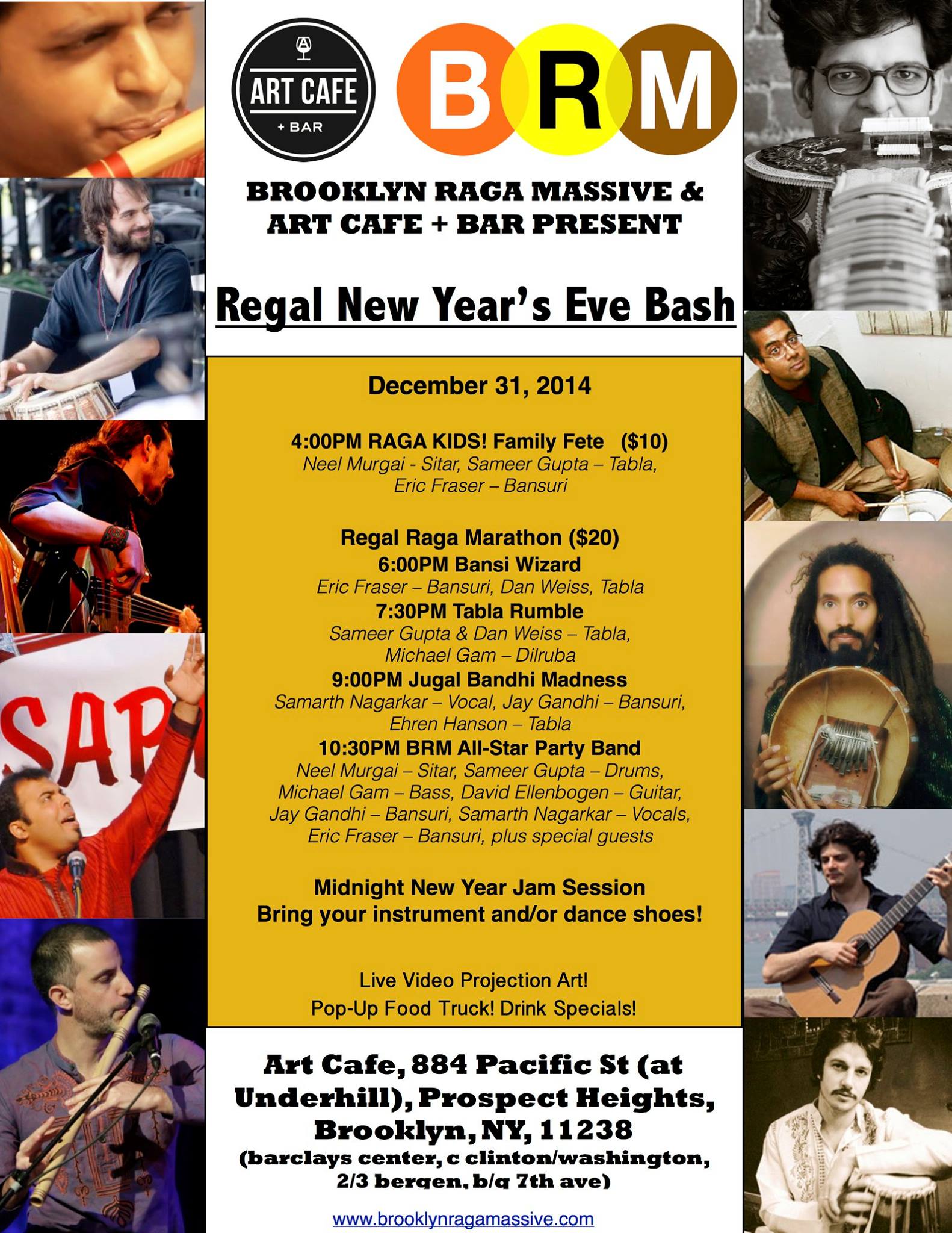 At the end of this program I play a recording of a song I wrote to play with the BRM All Stars on New Years.  It was recorded last weekend with Michael D’Agostino on drums and myself on kamale ngoni and guitars.