In this very special podcast we speak with Banning Eyre and Thomas Mapfumo.  Eyre’s critically acclaimed biography Lion Songs: Thomas Mapfumo and the Music That Made Zimbabwe  has recently hit shelves and Banning takes us through the companion CD, providing a deep musical education of this towering figure.   Later we’ll hear an interview I recorded with Thomas Mapfumo in Brooklyn in 2011. 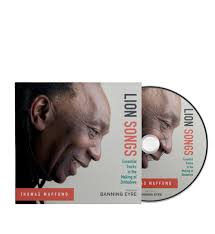 Thomas Mapfumo, the Lion of Zimbabwe, stands beside Fela Kuti, Youssou N’Dour and Franco as one of Africa’s greatest and most consequential composer/bandleaders. For over 40 years, he has merged ancient African traditions—especially that of the sacred, metal-pronged Shona mbira—into the currents of international music, from rock to reggae to rap. Mapfumo’s artfully barbed lyrics have targeted the racist regime of Ian Smith and the corrupt one of Robert Mugabe with equal resolve and courage. That’s the essence of chimurenga—the music of struggle: past, present and future.